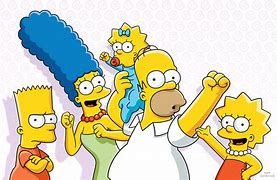 John Gerard Zywicke passed away on April 25, 2022; he was 66 years old.   He was born in Milwaukee on March 25, 1956, to parents Mary Jane Zywicke (née Crawford) and David John Zywicke, who predeceased him. John is survived by his best friend Nancy Malone and her children Michael Malone and Sarah Malone. In addition, he leaves behind all four of his sisters:  Jane Fraser, Barbara Zywicke, Susan Zywicke (Don Webster) and Meg Nolan (Gary).  He is predeceased by his brother-in-law Chuck Fraser.

Following his graduation from Whitefish Bay High School in 1974 as a proud "Blue Duke", he attended MATC where he graduated with honors with an associate degree in commercial arts.

John was a "jack of all trades". In addition to being a talented woodworker, he could fix anything from electrical to plumbing, along with any challenging issue an old house could have. His favorite show growing up was This Old House and his entire family benefited from his skill and knowledge. Carpentry was fun for John, but his true passion was drawing and cartooning. John was an authority on the comic strip Peanuts and the animated series, The Simpsons. Those were just two of his favorites, but he had an appreciation for all comics and animation. When he was young, he was always the first one to get to the daily newspaper's Green Sheet pages or the Sunday comics, before anyone else had a chance to read them.  An engaged citizen, John was even published a dozen times in opinion columns voicing his views from politics to making Milwaukee a better place to live. He was always eager for a new challenge.  John's favorite job was working in the computer lab at MATC. Computers opened a whole new world for John. He enjoyed working on them & helping others by teaching others how to get the most out of what he considered "these amazing machines''.

Above all, John was devoted to his family. He was the most wonderful brother a sister could ask for, but he really shined as an uncle.   For his nieces & nephews, John was a Godfather, babysitter, homework helper, pinewood derby designer, toy maker/fixer, movie/cartoon-watching partner, deviled egg maker, story reader, mischief maker, teaser, listener, supporter, guardian Angel, mentor and best friend.

Anyone who knew John was a little better for it and everyone who knew John is certainly missing him today.   Those who knew him the best understood he was a very faith-filled man. He often reminded us to have faith and not to be negative, ever. When he was sick, he told us to stay positive and pray for him. Today, we no longer need to pray for Johnnie; now we can pray to him.   As the most loyal and devoted man his family and friends were blessed to know, Johnnie, even in death, most assuredly will be listening.

Rest in Peace John.   We love you.

To send flowers to the family or plant a tree in memory of John Gerard Zywicke, please visit our floral store.